WhatsApp suggests a cure for virality 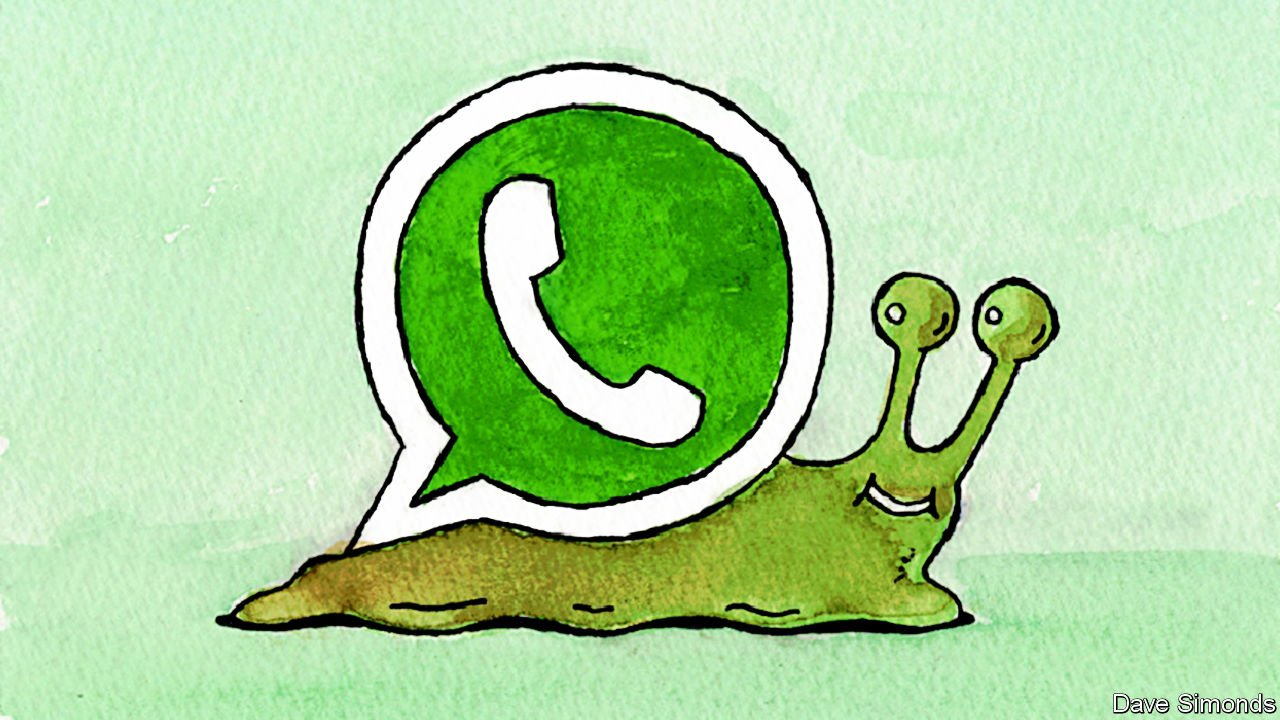 PRIESTS, teachers and parents have for generations advised their wards to think twice before speaking, to count to ten when angry and to get a good night’s sleep before making big decisions. Social networks care little for second thoughts. Services such as Facebook and Twitter are built to maximise “virality”, making it irresistible to share, like and retweet things. They are getting better at it: fully half of the 40 most-retweeted tweets date from January last year.

When sneezing pandas and dancing cockatoos sweep the internet, no harm is done. But viral content can have grave consequences. In the 2016 presidential election, Americans spread divisive posts that had been planted on Facebook by Russian troublemakers; the social network reckons that about 40% of Americans saw at least one of them. Virality can cost lives. At least two dozen innocent people have been lynched in India this year after bogus rumours warning of child abductors went viral on WhatsApp, a messaging service owned by Facebook. WhatsApp has also been used by political operatives in India, its largest market, to stoke religious and nationalist fury.

Get our daily newsletter

Upgrade your inbox and get our Daily Dispatch and Editor's Picks.

Starting this month, however, users of WhatsApp will find it harder to spread content. They will no longer be able to forward messages to more than 20 others in one go, down from more than 100. In India the upper limit is just five and WhatsApp has removed the “quick forward” button from audio, video and images, adding an extra step to the process of sending content. The goal is not to prevent people from sharing information—only to get users to think about what they are passing on. It is an idea other platforms should consider copying.

Sceptics point out that WhatsApp can afford to hinder the spread of information on its platform because it does not rely on the sale of advertisements to make money. Slowing down sharing would be more damaging to social networks such as Facebook and Twitter, which make money by keeping users on their sites and showing them ads. Their shareholders would surely balk at anything that lessens engagement.

Sure enough, Facebook’s shares fell by 23% in after-hours trading this week, partly because Mark Zuckerberg, its boss, said that its priority would be to get users to interact more with each other, not to promote viral content. Yet the short-term pain caused by a decline in virality may be in the long-term interests of the social networks. Fake news and concerns about digital addiction, among other things, have already damaged the reputations of tech platforms. Moves to slow sharing could help see off draconian action by regulators and lawmakers.

They could also improve its service. Instagram, a photo-sharing social network also owned by Facebook, shows that you can be successful without resorting to virality. It offers no sharing options and does not allow links but boasts more than a billion monthly users. It has remained relatively free of political content and misinformation. Facebook does not break out Instagram’s revenues, but it is thought to make money.

The need to curb virality is becoming ever more urgent. About half the world uses the internet today. The next 3.8bn users to go online will be poorer and less familiar with media. The examples of hoaxes, misinformation and violence in India suggest that the capacity to manipulate people online is even greater when they first gain access to digital communications.

Small changes can have big effects: social networks have become expert at making their services compulsive by tweaking shades of blue and the size of buttons. They have the knowledge and the tools to maximise the sharing of information. That gives them the power to limit its virality, too.