As a brief commentary, I'm not sure how many people would instantly respond to the name of Janet's band ... with exactly what I did--with a "lit" and "linked" connection to the game Paper, Rock and Scissors--it's almost impossible to believe and be sure that this connection is part of the original intent of naming tjheir band "Running with Scissors" ... or realize perhaps that the "missing Rock" in our "head" another unintentionally or perhaps near perfect reference to Zeus and the idea that the Minervan core of his mind is .. quite literally the world we see around us here.  Minerva, encased within the mind of God.
Rock; paper, opinion... shoot?!
I'm sharing this today because this song literally re-ignited my ... somewhat waning and nearly lost belief that there are still people here who want to see "opinions" (and even, perhaps "hands" return to the process of ascension that I'd all but given up on ever returning to see "heroes" or "heroine" or "avenues" connecting Heaven and Hell's Kitchen.
I know, you should look around you and see a significant ... somewhat strange "doublehollering" of assistance and echoes and additions and ... what have you to the message that is ... an outline of a legend of an overlay to the Map that connects our Atlas to the Matrix to ... well, to these roads to futures once-or-more-taken and yet to me completely hidden.  It's that though, that they're hidden completely to me, these futures, and "Indian Pines" and ... and nearly any kind of direct comment or addition other than,
"We hear you, Adam."  I even have a friend on Facebook named "Adam Speaks" as if we need to be reminded.  I wonder if that person comes from a time where speaking is rare, and if you find that thought or possibility, that a "Last Supper" did away not just with hunger or our need for "23 complete amino acid chains" but also with conversation ....
... scary? 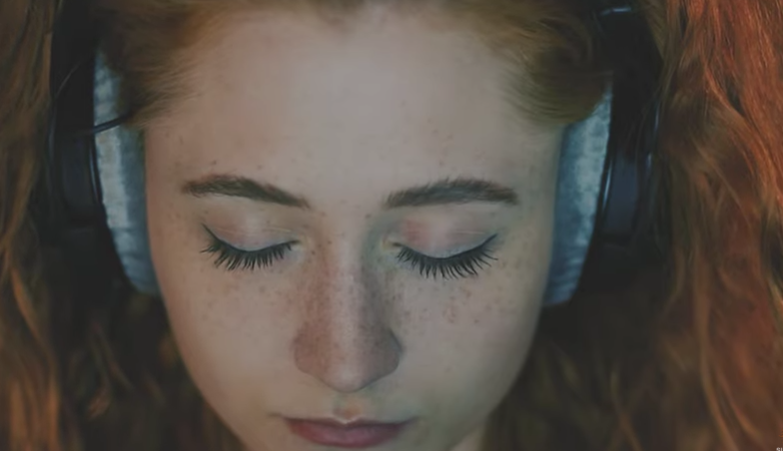 There's no smoke, without reason
It's a sign there's something wrong
In my lungs
There's a poison
I've been breathing in to long
'Cause there's no "I"
No "I" in "we"
And there's no "you"
No "you" and "me"
'Cause I've been burned way beyond the third degree
'Cause your words are like gasoline
You pour on the fire
And the bridges you burned
Led to our dreams
It's just another thing that we lost
When the spark turned into a flame
And the flame grew much higher
And my hope, faith and every last desire
It's just another thing that we lost in the fire

Creatures of the Night Lyrics

Things We Lost in the Fire Lyrics

When You Were Mine Lyrics

From Wikipedia, the free encyclopedia
Jump to navigationJump to search

Janet Maureen Aoife Devlin (born 12 November 1994)[1] is an Irish singer-songwriter[2], who rose to prominence in the eighth series of The X Factor in 2011 where she finished in fifth place.

Devlin's debut album was launched in October 2012 via PledgeMusic with a limited "pledgers only" release on 1 July 2013.[3] It received general release with new songs and reworked tracks on 9 June 2014.

Devlin is the youngest of four children to Aquinas and Pat Devlin and has three elder brothers: Jason, Gavin and Aaron. Prior to entering The X Factor, she lived with her parents and brothers in Gortin, County Tyrone, Northern Ireland. She attended an Irish language pre-school,[4] and later attended Drumragh Integrated College where she completed her GCSE's.[5]

Courtney Love has stated in interviews that she believes Janet and her family to be distant relatives of Kurt Cobain,[6] though Devlin has stated that she is unaware of any connection. Devlin's only performing experience before auditioning for The X Factor was singing in her school, pubs and local talent shows. She had uploaded a number of videos of her singing to her official channel on YouTube.[7]

In 2011, Devlin auditioned for the eighth series of The X Factor.[8] Her audition was screened on 20 August 2011, where she performed Elton John's "Your Song".[9] Her audition was successful as all four judges, Louis Walsh, Tulisa, Kelly Rowland and Gary Barlow, put her through to the next round. She performed Coldplay's "Fix You" in week 1 of the live shows and was put through to the next round by mentor Kelly Rowland, as there was no public vote in the first week. Devlin topped the public vote more times than any other act, receiving the most public votes for the first four weeks of voting (weeks 2, 3, 4 and 5)[10][11] and reached the quarter-final before ending up in the bottom two with Misha B. She was voted off by Walsh and Tulisa with Rowland refusing to vote. However voting statistics revealed that Devlin received more votes than Misha B meaning if the result went to deadlock, Devlin would've advanced to the semi-final and Misha B would've been eliminated. Devlin's song in the sing off was "Chasing Cars". During the live shows, Courtney Love tweeted Simon Cowell to offer to give Devlin one of Nirvana's tracks for the show.[12] This, however, did not transpire.

Soon after being eliminated from The X Factor, Devlin performed some gigs at various venues throughout the UK. One of these was the renowned G-A-Y venue on Saturday, 3 December 2011.[14][not in citation given] Finishing fifth, she was one of nine acts to perform on the X Factor Live Tour 2012, which took place in cities throughout the UK and Ireland.[15] She performed fan favourite cover songs, 'Fix You' and 'Sweet Child o' Mine'.[16]

Following the X Factor Live Tour, Devlin began work on her debut album at Steelworks Recording Studios, Sheffield. She was first in the recording studio on 28 May 2012, where she wrote and recorded three songs ('Crown of Thorns',[19] 'Thinking Back Yesterday'[20] and 'Who Am I Today?'[21]) with Grammy Award and Ivor Novella Award-winning producer Eliot Kennedy[22] and his team. The song "Crown of Thorns", which was one of the first she wrote, with Jim Jayawardena and Philippa Hanna (of Kennedy's Steelworks team), quickly became an addition to her live sets at gigs.[23]

Devlin has written all of her songs, usually with one co-writer, for inclusion on her debut album. She has written with songwriters Joe Janiak, Helen Boulding[24] and Ethan Ash.[25] She has also written potential tracks for her debut release with songwriters including the Faulkner brothers, Toby and Newton Faulkner,[26] Joshua Radin[27] and Jack Savoretti.[28] In 2013, Devlin stated in interviews that she had written around 25 songs and would continue to write more songs to have the best possible finished album.[29] On 26 October 2012, she debuted two new, live edition, songs on her YouTube channel. They were "Wonderful" which was co-written with Newton Faulkner and the aforementioned "Crown of Thorns".[30]

Devlin's debut album was launched on Pledge Music, including a chance to record backing vocals with her[31] (although that never happened). In December 2012, it was stated that the album would be released in 2013, having reached 45% of the pledge target within the first two weeks.[32] Having reached 100% on New Year's Eve 2012, Devlin began the recording of her album in early 2013. On 26 June 2013, she finished recording the limited release version of her debut album. Hide & Seek was released to pledgers on 1 July 2013.[33] Janet released an exclusive bonus acoustic EP, Nothing Lost, to pledgers on 14 August 2013.[34]

On 25 June 2013, Devlin worked with Newton Faulkner again, providing vocals for his new album project, #studiozoo. She provided backing vocals for 2 tracks as well as lending her voice for more of a featured backing vocal on a track called "Plastic Hearts".[citation needed] A live version of her song "Things We Lost in the Fire" was premiered on her YouTube channel on 6 December 2013.[35]

In early January 2014, Devlin debuted a new live version of her song "Delicate", (written with Jack Savoretti and a new addition to the general release album) performing with Tom Dibb (guitar and vocals), in a BalconyTV session.[36] She won the Balcony TV Global Music Rumble two weeks in a row on the 2 and 9 March and again on the 23 March.[37][38][39]

Devlin announced in March 2014 that the general release of her debut album, with the new title Running with Scissors would be on 9 June. The album would feature new single "House of Cards" (to be released on 26 May)[40] with 3 other new original songs ("Whisky Lullabies" co written with UK songwriter Tim Jennings, "Lifeboat" and "When You Were Mine"), a cover of The Cure's "Friday I'm in Love" and reworked versions of "Delicate" (from the EP Nothing Lost), "Wonderful", "Creatures of the Night", "Things We Lost in the Fire" and "Hide & Seek" from the limited release album Hide & Seek. The reworked version of the song "Hide & Seek" features Newton Faulknerwho, along with his brother, co-wrote it with Devlin.[41] On Oct 12, 2015, Devlin announced she would be using Pledge Music again to launch her preorder of her Christmas EP December Daze. She was featured on Shy and Drs "Beautiful to Me" which was released on November 13 as the official song for Anti Bullying Week 2015.[42] She recently has been featured on Gareth Emery's new album, 100 Reasons to Live, released March 31, 2016. The song "Lost" is a remix of her song "Things We Lost in the Fire".[43]

Devlin is heavily influenced by alternative artists including City and Colour, John Frusciante, Nirvana and Devendra Banhart.[44] She also notes the Red Hot Chili Peppers as a favourite band.[citation needed]

In 2012, Devlin performed at Croke Park, in front of a capacity 82,300 crowd, as part of the half-time show for the All Ireland Gaelic Football final on 23 September. She performed a cover of 'Fix You' and one of her self-penned original songs 'Walk Away'.[26] She performed at the X Factor NSPCC Childline Ball on 18 October, again singing her original song 'Walk Away' and 'Fix You' by Coldplay, helping to raise over half a million pounds for the charity.[45] On 3 November, she performed at Casement Park, as part of the pre-match entertainment, for the Michaela Foundation's charity Gaelic Football match in memory of Michaela McAreavey.[46]

Devlin performed for the Dalai Lama on 18 April 2013 as part of Northern Ireland charity, Children in Crossfire's 'Culture of Compassion' event in Derry.[47] On 12 May 2013, she performed a Pledger only concert at Greystones, Sheffield with a backing band consisting of Roo Walker (guitar, vocals), Jim Jayawardena (keyboard), Doug Harper (drums), Laura Kidd (bass, vocals) and Michael Giverin (mandolin). The second Pledger only concert took place at London's Troubadour on 13 May 2013.[48]

Devlin played 4 gigs in the USA supporting Heffron Drive on their 'Happy Mistakes Unplugged' Tour in early July 2015.[51] She placed second in the 2015 Baltic Song Contest, representing Ireland, in Karlshamn, Sweden in July 2015.[52]

On 11 May 2012, Devlin was given a Civic Reception by the Town Council in Omagh, County Tyrone for her achievements on the X Factor series 8.[53]

a ^ Illustrated, Animated and Directed