When You’ve Said the Wrong Thing

Own it. Say you’re sorry, mean it and move on.

Oops! You asked a recently fired friend-of-a-friend how his job is going. The words left your lips before you could scoop them back in. Inquiring about the biggest stressor in his life (the one he was praying no one would bring up) was an innocent mistake.

Sure, you apologized profusely, but you can tell he’s smarting. Ugh. 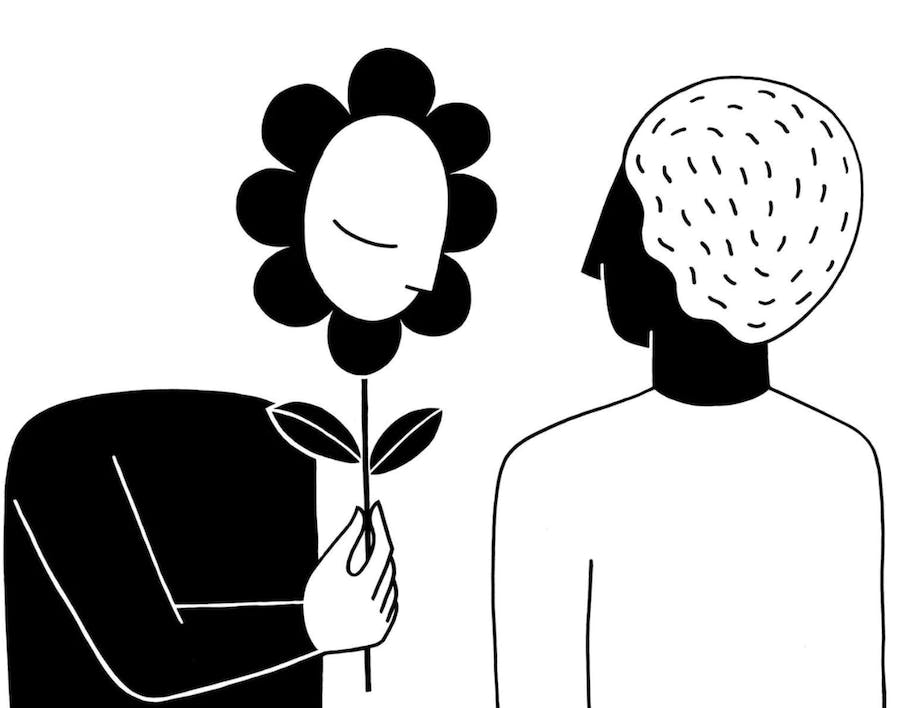 This is a common, if painful, part of being a social creature in society. But apologizing for saying the wrong thing requires a different kind of apology than, say, spilling coffee on a stranger’s purse or running late to work. When you make an inappropriate comment or insensitive joke, the wound is internal, which can make patching things up more fraught.

It’s unrealistic to expect to be a perfect communicator. If you strive to never misspeak, you’re probably going to end up making it worse for yourself, “because then there’s more guilt, anger, upset feelings when the miscommunications and the hurt feelings occur,” said Don Cole, a licensed marriage and family therapist.

Humans are designed to operate in a community. When social rejection occurs, the exclusion can feel physically painful. A recent study in the Clinical Journal of Pain found that the same neural pathways that process social distress are also involved in the pathways of physical pain.

As clinical director of The Gottman Institute, an organization that brings research-based help to couples and trains therapists to be more effective as relationship counselors, Dr. Cole regularly sees couples who struggle with miscommunication. As it turns out, successful couples say the wrong thing just as often as unsuccessful couples do. The difference, he said, is that successful couples know how to repair hurt feelings when they’ve caused them.

We can apply this repair strategy not just to romantic partners, but to anyone we’re liable to unintentionally offend: friends, acquaintances and co-workers, too. Here’s how to bounce back from a verbal slip-up and heal those bruised feelings.

Before You Apologize ASSESS THE HARM. “Be open and vulnerable with yourself about perhaps the damage that has been done,” said Andrea Bonior, a licensed clinical psychologist.

You might think you need to apologize for one throwaway comment, but to this other person, this might be part of a larger pattern of thoughtlessness on your part. In fact, they could be angrier than you thought, especially if your remark touched a nerve.

“When we find out we’ve hurt someone, we have these instincts that pop in to want to restore balance,” said Ijeoma Oluo, author of “So You Want to Talk About Race.” If you aren’t clear on what you said that was hurtful, Ms. Oluo recommends reaching out and saying, “It would help make this right if you could explain what I did that harmed you.” Don’t frame it as, “Tell me why you’re mad,” but ask, “What did I do?”

DON’T “CATASTROPHIZE.” People who are prone to guilty thoughts tend to be harder on themselves. They’ll say things like: “I can’t believe I said that.

I’m a terrible person.” If you find yourself in a shame spiral, Dr. Bonior suggests reframing your internal narrative into something more realistic, supportive and helpful, like: “I’m feeling ashamed, but I can make this better. Everyone makes mistakes.”

DON’T LET IT FESTER. You might be tempted to put the issue on the back burner, but that’d be a mistake, experts said. Not only will you spend more time worrying about the situation, but the longer you delay bringing up the gaffe, the more awkward it will be. Dr. Bonior suggests setting a period of time to lick your wounds, but try to make amends as soon as possible. Sometimes when we procrastinate on having a difficult conversation, we end up not having the talk at all, which is what actuallycauses irreparable damage to the relationship.

TAKE RESPONSIBILITY. Resist the urge to get defensive or make excuses, like, “Well, I didn’t mean it,” or, “Why are you so sensitive? It was clearly a joke.”

Avoid quibbling over specifics, and just let the other person have their feelings, Dr. Bonior said. Make it clear that you don’t take what you did lightly. Studies show that labeling your feelings can help manage anxiety and depression.

So saying things like, “I’m ashamed I said that,” or “I’m appalled I hurt you,” might alleviate some of your anguish over the situation. However, you don’t want to make yourself the victim, so don’t lay it on too thick, Dr. Bonior said. VALIDATE THEIR PAIN. It’s tempting to use this time to clarify your intent — you might be feeling under attack, and it’s understandable to want to clear your name. But unless the person asked what you meant by your comment or joke, don’t go there. What you intended to say is irrelevant in a conversation centered on the negative impact of your words. It’s also not productive to argue whose version of events is correct. Memory isn’t a digital recording; it’s an emotional encoding of an event, Dr. Cole said. Accept that what the person heard and felt was real: “My comment was inappropriate and I understand why you’re upset.”

BE GENUINE. Make sure your apology comes from your heart. Avoid canned phrases like, “I’m sorry if you were hurt.” That language distances yourself from your actions and can feel hollow to the recipient. Body language, facial signals and vocal pitch are all lost in written communication, which makes email and text messages less than ideal when broaching sensitive topics like an apology. Experts said it’s best to deliver an apology face-to-face if possible.

Speaking over the phone is the next best option.

EXPLAIN HOW IT WON’T HAPPEN AGAIN.

Sharing what the situation taught you will reassure this person that you’ve learned from your mistake. Furthermore, educating yourself and making an effort to correct your behavior shows you’re operating in good faith.

For instance, if you keep mispronouncing a co-worker’s name, own up to your mistake. Don’t bicker or say, “Well, it’s a really tricky name and I’ve never heard it before,” Alison Green said. As publisher of the career advice blog Ask a Manager and author of the book with the same name, Ms. Green recommends saying, “Hey, I’m really sorry I did that. I’m glad you told me and I will work on getting it right.”

RESET. It can be especially important to have an uneventful interaction after a blunder in case the other person is wondering what the relationship will look like moving forward. Put their fears to rest. “If you then come in half an hour later and you’re talking to them about some normal work thing, often that will really put them at ease,” Ms. Green said. This will help to recalibrate the relationship and reassure them that all is well.

LET IT GO. If after giving it your best effort the other person isn’t able to move past the transgression, disengage. You can offer a sincere apology and own up to your mistakes, but you cannot make somebody accept it, Dr. Cole said. Sometimes words do irreparable harm.

No one owes you a relationship. “If you’ve harmed someone, there’s only so much you can attempt to repair. But if they don’t want to,” Ms. Oluo said, “they don’t have to.”

Still, try to embrace the opportunity to understand the other person’s lived experience and identify with their pain, even if you played a part in causing it.

Not only will you be a more considerate friend and colleague, but by looking at the world through their eyes, you’ll be more likely to make the other person feel safe, heard and understood.